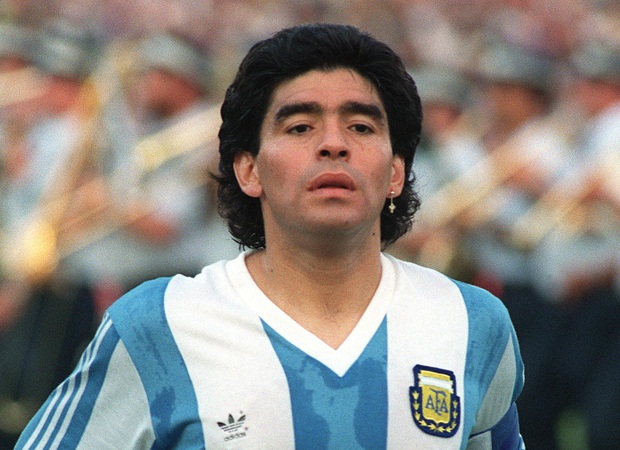 Legendary Argentinian football great Diego Maradona has died at the age of 60.

Considered one of the greatest ever soccer players, Maradona succumbed to cardiac failure at his home AFP reported.

Early in November, Maradona underwent surgery for a blood clot on his brain.

The former Boca Juniors and Napoli forward was praised and remembered by millions of fans on Twitter.

A genius of his art. A master of our game. One of the all-time greats.

We are deeply saddened to hear of the passing of footballing great, Diego Maradona, an extraordinarily gifted footballer who transcended the sport.

Our thoughts and sincere condolences to Diego’s family, friends and those who knew him. pic.twitter.com/qUyc5BJ1OD

“I am Maradona, who makes goals, who makes mistakes. I can take it all, I have shoulders big enough to fight with everybody”

Rest In Power Maradona, best to ever do it ?? pic.twitter.com/mDThvlJFSO

Maradona made me cry for days in 1986 but I have spent plenty of time since then appreciating his outrageous talent.
A troubled genius.
So sad to hear about his death at the age of 60.
What a gift... pic.twitter.com/Y1FkRlNK5Z

One of the very best to grace our game.

Diego Maradona RIP. Sports Greatest Rebel. A man whose career was built on brilliance, blurred boundaries, and spectacular overindulgence. Few have used a World Cup to enthrall the planet and self-destruct in equal measure. We will never see his like again ???? ?? pic.twitter.com/JDSilhZkJo

In 1984, he had just come to Naples and found out about a charity match to raise funds for a sick child.

The team said he couldn’t do it. The insurer said he wouldn’t be insured.

He showed up and played his butt off pic.twitter.com/aYWO4dMAkS

A little anecdote that sums up Maradona's sheer status.

Before the 1990 World Cup opener, some of the Cameroonian players started crying when they saw him in the tunnel, because they just couldn't believe they were on the same pitch as him.

Today we have lost a true icon of our beautiful game

Reports from Argentina that Diego Armando Maradona has died. By some distance the best player of my generation and arguably the greatest of all time. After a blessed but troubled life, hopefully he’ll finally find some comfort in the hands of God. #RipDiego

Thank you for everything, Diego pic.twitter.com/bJ9l3ixY7A

I had a few hero’s growing up and one of them died today. RIP Maradona pic.twitter.com/oiK8X1ZpWB

A true legend of the game.

We live in a world where facts and fiction get blurred
In times of uncertainty you need journalism you can trust. For only R75 per month, you have access to a world of in-depth analyses, investigative journalism, top opinions and a range of features. Journalism strengthens democracy. Invest in the future today.
Subscribe to News24
Related Links
BREAKING | Argentinian football legend, Diego Maradona, dies aged 60
Ferdinand: Van de Beek is one player who makes others tick
Zlatan Ibrahimovic drops Sweden return hint ahead of Euros
Next on Sport24
Focused on management, Wayne Rooney leaves iconic legacy