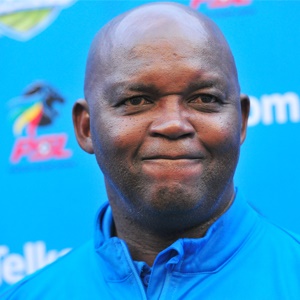 Cape Town - Pitso Mosimane says Mamelodi Sundowns cannot be expected to win every match they play following their 2-0 defeat to Baroka in the Telkom Knockout.

A 22nd minute Mdatsene Mduduzi penalty and own-goal from Reyaad Pieterse on 68 minutes sealed the result, and progression to semi-finals of the competition for Bakgaga.

Mosimane will now turn his attention back to the Absa Premiership, where Sundowns are currently in sixth place on the league standings, as well as the CAF Champions League.

Mosimane told KickOff website: "We want the Telkom, but we can't win them all hey. You'll win everything?

"No. It's okay, it's a league cup. We've got to move on, we've got the league which is more important. We have the Champions League starting in three to four weeks' time. We have to focus, you can't have everything."

He added: "The Champions League [first leg] final was played yesterday [Friday] and the boys were texting, not happy...should have been there. That's the space we operate in, to represent South Africa and to make sure we get the rankings and do what Orlando Pirates did.

“But back home I understand we are more domestic. We don't know international football a lot, most of us. You asked me, do I want to win the Champions League or Telkom Knockout? I think you know the answer.”

Up next for Sundowns is a league clash with Free State Stars at Loftus Stadium on Wednesday.

We live in a world where facts and fiction get blurred
In times of uncertainty you need journalism you can trust. For only R75 per month, you have access to a world of in-depth analyses, investigative journalism, top opinions and a range of features. Journalism strengthens democracy. Invest in the future today.
Subscribe to News24
Related Links
Fielies pleased with Dove partnership
SA football mourns as PSL coach Sikhakhane passes away
Laffor targeting TKO success with Sundowns
Next on Sport24
England's National League faces shutdown over government grant row