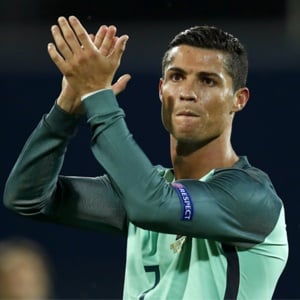 Paris - The UEFA Best Player in Europe award for 2016 is destined for Madrid after Real pair Cristiano Ronaldo and Gareth Bale plus Atletico's Antoine Griezmann were revealed as the three contestants on Friday.

Bale led Wales on a wonderful run to the Euro 2016 semi-finals and also won the Champions League, and while Griezmann was a beaten finalist in both those tournaments he was however the top scorer at the Euros.

Portuguese superstar Ronaldo is tipped to pip both of them to the award however after helping Portugal stagger to their first ever International tournament win in France in July.

The winner will be revealed in late August.

Lionel Messi won in 2015, but was just fifth on this year's original list behind his Barcelona team-mate Luis Suarez.