Russia extends football match ban over virus to 31 May 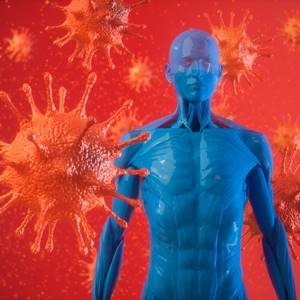 Russia will extend its suspension of football matches in the face of the coronavirus pandemic until 31 May, the Russian football association (RFS) said.

Due to the spread of the virus in Russia, the RFS decided at a meeting of its executive committee to "suspend... all sports events to May 31," said a statement on its website.

The previous date for the resumption of play was April 10.

The Russian Premier League said it would comply with the decision.

"At the moment we don't plan to end the championship early," the league's president Sergei Pryadkin was quoted as saying in a statement.

As elsewhere in Europe, the question of a salary cut for Russia's premier league footballers is under discussion, Pryadkin said, praising the example of Spartak Moscow.

The club was the country's first to announce a pay cut.

The club said players had agreed to "receive 40 percent less" during the period of national lockdown, until the team starts training again, in order "to support the club in a difficult situation."

Russia has announced 2,777 confirmed cases of the virus and 24 deaths.

We live in a world where facts and fiction get blurred
In times of uncertainty you need journalism you can trust. For only R75 per month, you have access to a world of in-depth analyses, investigative journalism, top opinions and a range of features. Journalism strengthens democracy. Invest in the future today.
Subscribe to News24
Related Links
Second French broadcaster tells league: no games, no cash
Boateng fined for leaving Munich and visiting injured son 'without permission'
Athletes banned from group training as Italy extends lockdown
Next on Sport24
EPL TV | The latest videos from the English Premier League