Sane warned by Rummenigge to shape up fast at Bayern 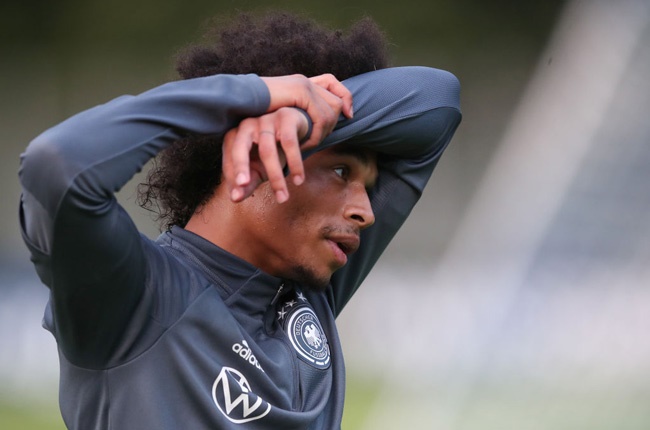 Bayern Munich chairman Karl-Heinz Rummenigge has laid down the law to Leroy Sane, telling the former Manchester City winger that he needs to start delivering for the European champions.

A string of disappointing performances by Sane since he joined in the summer was capped on Saturday when he was removed just half an hour after entering the field as a substitute in Bayern's 2-1 win against Bayer Leverkusen.

"We put everything possible in play" to acquire the German international, Rummenigge told Sport 1 TV, "and now he has to justify it".

"He hasn't yet really got into the DNA of Bayern. His task now has got to be to make his talent bear fruit," the former Bayern forward said.

Rummenigge added: "I think he has got a good future ahead of him. We're prepared to support any player but we have demands too. He must now take the next step."

Sane, 24, admitted he had been surprised to be yanked off before the final whistle, telling Bild newspaper: "That is not something that has happened to me before."

Veteran midfielder Thomas Mueller acknowledged that coach Hansi Flick's decision to remove Sane before the end of the game had been "a bitter pill to swallow" for the winger.

Flick is believed to be unimpressed by Sane's work rate and willingness to work for the team and with France forward Kingsley Coman in fine form since he scored the winning goal in the Champions League final, Sane has mainly been used as a substitute.

With the Bundesliga now entering its winter break, Sane will have to wait until January to make an impression.

We live in a world where facts and fiction get blurred
In times of uncertainty you need journalism you can trust. For only R75 per month, you have access to a world of in-depth analyses, investigative journalism, top opinions and a range of features. Journalism strengthens democracy. Invest in the future today.
Subscribe to News24
Related Links
WRAP | Premier League
Guardiola: Man City’s win at Southampton is 'incredibly important'
Gavin Hunt: Kaizer Chiefs making progress
Next on Sport24
Manchester United to face AC Milan in Europa League last 16