Scotland's infighting shows the perils of calling season to a halt 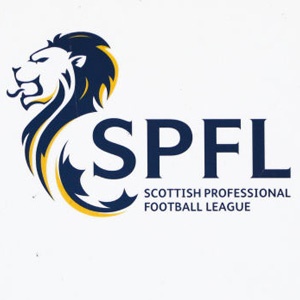 The Scottish Professional Football League (SPFL) will not face an independent investigation after winning the support of its member clubs at an extraordinary general meeting on Tuesday.

However, the division and rancour that has soured the Scottish game for the past month stands as a warning to other leagues around Europe, who may also have to bring their seasons to a premature end.

The SPFL's conduct has been called into question over a controversial resolution that allowed the three leagues below the top-flight to be declared over on points-per-game, paving the way for the Premiership to potentially follow suit.

The plan came down to one vote from Championship side Dundee, which the SPFL said it did not receive due to a technological glitch.

Dundee had voted against the resolution in the first instance. But when asked to cast their ballot again then performed a U-turn, sparking the suspicions and anger of those who stood to lose out.

Rangers have led the crusade against the league's hierarchy.

Should the Premiership season also be decided on points-per-game, their bitter rivals Celtic would be crowned champions for a record-equalling ninth consecutive season thanks to a 13-point lead at the top when the campaign was halted.

Hearts, four points adrift at the bottom, are set to be relegated from the top-flight.

"It is fundamentally wrong that any club should be unfairly penalised by exceptional decisions that have had to be taken to deal with the current crisis," said Hearts chairman Ann Budge.

Partick Thistle have a case to be the most unfairly treated as they sit just two points from safety at the bottom of the Championship, but with a game in hand.

Stranraer would also be prematurely relegated from League One, while Inverness and Falkirk have voiced their frustration at seeing their claim to a promotion playoff denied.

Rangers accused the SPFL of bullying and coercing clubs into voting for their plan and even went as far as to call for the suspension of chief executive Neil Doncaster.

The Glasgow giants released a 200-page dossier to make their case last week and gained support for their call for an independent investigation from 13 of the 42 clubs.

However, it did not get the required support of 75 percent of clubs, most of whom are more concerned with ensuring they survive the financial crisis.

"All of our energies should be applied to planning for the return of the game in season 2020-21 and to the financial survival of all our clubs," said Celtic in a statement after the vote.

Understandably, the one thing all the clubs have in common is self-interest.

Had the SPFL gone the other way and decided against crowning champions and denying promotion, then Celtic, Dundee United, Raith Rovers and Cove Rangers would be the ones "unfairly penalised".

The problem of clubs protecting their own interests was clear on Friday when a meeting of Premiership teams ruled out the possibility of league reconstruction.

Proposals to increase the size of the leagues would have saved those that stand to go down from relegation and promoted the teams in second place of the Championship, League One and League Two, who will now miss out on a playoff.

But at a time of economic crisis, Premiership clubs were unwilling to see their share of a new television rights deal for next season watered down.

"We were concerned that there was a potential risk to the broadcast deal which is the only realistic source of income for all 42 clubs for the foreseeable future," St Johnstone said in a statement on Tuesday.

As other leagues battle with the logistics of finishing the season behind closed doors, or the legal minefield of calling the season to a halt, the lesson from Scotland's fallout is sobering.

There is no easy solution that will satisfy everyone.