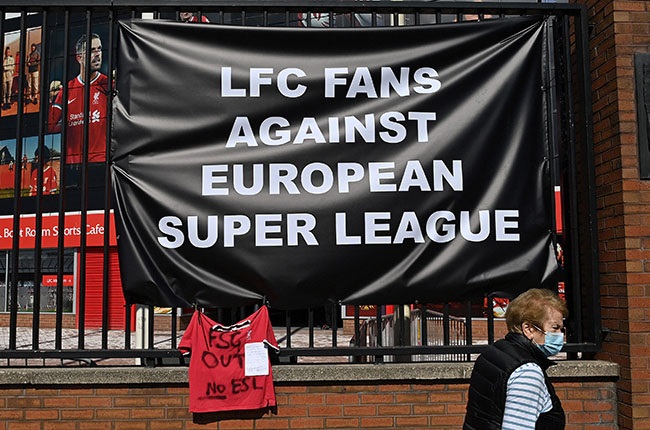 After the news that shocked the football world broke, football fans on social media saw the lighter side of the controversial breakaway Super League involving some of the 12 biggest European clubs.

Predictably, London sides Arsenal and Tottenham Hotspur, who are two of six English Premier League teams inside the rebel 12, "caught hands" on social media for their involvement since neither team has won the Uefa Champions League.

You are also 9th in the Premier League and a Europe League regular (4 years running), you have not qualified for the Champions League in 4 years and that will become 5 by end of the season https://t.co/C0KRTTqva7

Fans are reeling from the uncertainty of not knowing whether their football traditions will be torn away by the Super League, after FIFA, the Premier League, Uefa, La Liga and Serie A all condemned the 12 teams' actions.

But that did not stop the more creatively inclined to take a few digs at clubs and the situation.

The laughter did not stop with the fans only, though. A screenshot circulated on the web of Real Betis "moving themselves" up to third on the La Liga standings from sixth, supposedly after Atletico Madrid, Real Madrid and Barcelona get kicked out of the Spanish top division.

Big fan of Real Betis removing the European Super League clubs from the Spanish table on their website and putting themselves up to 3rd.Outstanding sh*thousery. ?? pic.twitter.com/yJPdKvgMBh

Comedian Russell Kane decided enough was enough and recorded his own personal, hilarious message berating the 12 teams breaking away from traditional European football.

Mbappe with the CL after beating West Ham in the final pic.twitter.com/0keTrOwHs3