Sport24 highlights 5 takeaways from the weekend's Soweto derby after Orlando Pirates inflicted a 5-0 drubbing over rivals Kaizer Chiefs to book a spot in the MTN8 finals.

Here Sport24's Baden Gillion looks at what the result means for both teams, their rivalry and the seemingly widening gulf in quality between the two adversaries.

From bad to worse for Kaizer Chiefs

Things have gone from bad to worse for Gavin Hunt and Kaizer Chiefs after their 5-0 aggregate humbling over two legs by Orlando Pirates. Any hopes Chiefs had of pulling off a memorable comeback in the vein of those famous recent UEFA Champions League matches were ruthlessly ended by Pirates. Things can change quickly in football and Chiefs will want to use the international break to regroup. Hunt will need to sort out two simple but vital aspects of his team's game: strengthen a defence that has let in 9 goals in just 6 games, while at the other end scoring just three goals (an own goal and two from a defender) in as many games. If you fail to keep clean sheets you will lose games and no team can win games if they don't score goals. Chiefs are currently failing to do both. 5 - Kaizer Chiefs’ 5-0 aggregate defeat is the joint-biggest margin of defeat in a two-legged semi in the history of the #MTN8 competition, equaling their 5-0 aggregate win over Platinum Stars in 2014. Medicine. #MTN82020 #SowetoDerby pic.twitter.com/ZzuJRKMyaY

Widening gap between Pirates and Chiefs

The gap between the two Soweto clubs seems to be widening, with a stark gulf in playing style and quality. Amakhosi seem to be running out of ideas going forward without being able to bring in new signings. Pirates look like a well-oiled machine and a team that has added depth in quality to their squad. Things are never as bad or good as they may seem and the scoreline perhaps exaggerates the gulf between the two rivals. Chiefs still possess a title-challenging squad filled with international players and could well turn their fortunes around after the international break. Pirates too will be fully tested in what is a marathon season with their squad depth needed to contest on several fronts. Josef Zinnbauer emerging as the best coach in the PSL

Huge credit has to go to the German for navigating the positive start to the season for Pirates while dealing with personal tragedy. It's easy to forget the job that Zinnbauer has accomplished in a short time at Pirates. The Buccaneers seem a totally different beast to the team he inherited. In recent times Pirates had the identity of an inconsistent team filled with skilful players who had a preference for flair over results. The playing style Pirates possessed made them look like a bunch of headless chickens who badly needed some structure. That is exactly what Zinnbauer has instilled, at the same time managing to enhance and not diminish his team's ability to play attractive football. Although it's still the early stages of the season, Pirates have, in parts, looked like the most attractive team to watch. 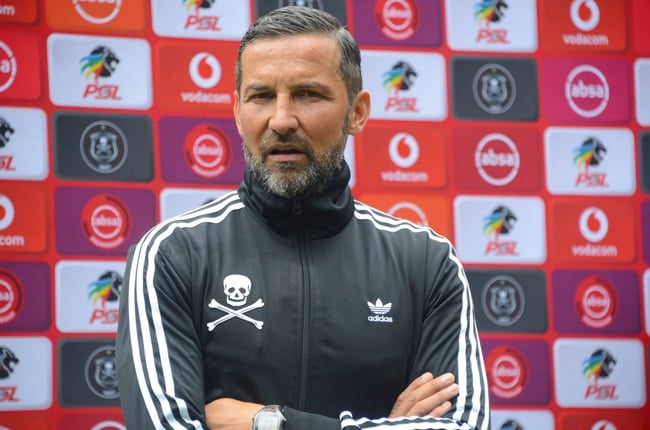 There's a saying in football that some players become better while sitting in the stands. This fits perfectly to Samir Nurkovic, whose stock has risen with every passing match where Chiefs fail to score. The Serbian has become the club's most valuable player, especially in light of Khama Billiat and Leonardo Castro's recent struggles. Nurkovic was Chiefs' top scorer last season with 14 goals in all competitions. Nurkovic has simply become indispensable to Chiefs, who will be looking to rush him back to fitness. Even though there are plenty mitigating factors for their team's current downturn, Chiefs fans are some of the most impatient. They are used to and they demand success. Hunt is unable to make any new signings after CAS ratified FIFA's two-window transfer ban. The 56-year-old also took over at a very unique time due to a global pandemic. Hunt admitted he had just over a week to work with his new squad during a quick turnaround in the off-season. Added to this is the injury to top scorer Nurkovic, which has left Chiefs weak in front of goal. Despite this, Hunt's underwhelming start to life at Naturena has quickly put him under pressure to improve results. The longest-serving head coach in the league will be looking to use every bit of his experience to guide Chiefs out of this difficult period. Gavin Hunt (Getty Images)
Getty Images
We live in a world where facts and fiction get blurred
In times of uncertainty you need journalism you can trust. For only R75 per month, you have access to a world of in-depth analyses, investigative journalism, top opinions and a range of features. Journalism strengthens democracy. Invest in the future today.
Subscribe to News24
Related Links
Bafana Bafana blow as Cape Town City duo test positive for Covid-19
Real Madrid recovery halted by three Valencia penalties and own-goal
Miss-and-hit Zlatan Ibrahimovic grabs point for AC Milan as Juve, Inter also held
Next on Sport24
Josef Zinnbauer plays down Orlando Pirates' tag as title favourites