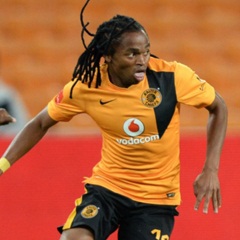 Cape Town - Siphiwe Tshabalala admits that the Kaizer Chiefs players will just have to adapt to changes and combine their talents.

Several changes were implement at the club following their Cup double 2014/15 season.

Stuart Baxter resigned from his post and the Motaung family handed Steve Komphela the job to fill the void left by the Scottish coach.

What followed next was unexpected as several top players at the club turned down the opportunity to pen new contracts including Itumeleng Khune, Mandla Masango and Tefu Mashamaite.

Speaking on his official website, ‘Shabba’ says that despite the many changes he believes that they have the ability to build a strong team.

“Change is imminent and therefore cannot be avoided,” said Tshabalala.

“So what is important is that we do our best to combine the talents we have in order to build a strong team.”

“The King’s Cup will be a test for the team. We are preparing for the upcoming season and we need such a tournament to get us into the competitive environment.

“As much as it is pre-season, we are taking it very serious.”