Agent says Rakhale has numerous options for next season 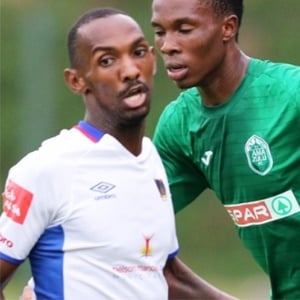 Thabo Rakhale's agent has revealed that his client has many options for next season in case he doesn't sign a new contract with Chippa United.

The former Orlando Pirates star is reportedly on his way out at the Chilli Boys as he is currently in the last six months of his deal.

Kaizer Chiefs have already been linked with a move for the 30-year-old midfielder but agent Mandla Mthembu was reluctant to substantiate the rumours.

"I can't comment on Chiefs (being interested in Rakhale) but the only comment I can make is that we will sit down and plan the way forward. He does have options," Mthembus said, as quoted by IOL.

"Obviously we can't reveal those at this stage.

"I can't say if he will leave or stay. All I can say is that he will finish the season at Chippa United. That much I can confirm.

"What will happen beyond that, we are still going to sit down and discuss the way forward. He is left with three months now because it is April, May and June.

"He is under contract at Chippa, happy or not but he is still contracted to the club.

"He has got to honour that contract. I don't want to get into that (whether he is happy or not). He is still a Chippa player and will continue to work hard."

We live in a world where facts and fiction get blurred
In times of uncertainty you need journalism you can trust. For only R75 per month, you have access to a world of in-depth analyses, investigative journalism, top opinions and a range of features. Journalism strengthens democracy. Invest in the future today.
Subscribe to News24
Related Links
WATCH | Farke urges fans to continue to obey lockdown rules
Majoro's AmaZulu future still in doubt
Villa's Grealish 'pictured at crash site' after virus plea
Next on Sport24
LIVE | Chippa United v Kaizer Chiefs