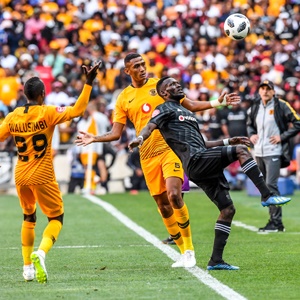 Booysen has been on trial at Usuthu after being released by Amakhosi in August with coach Ernst Middendorp deeming the player surplus to requirements after he only made 14 appearances last season.

The 31-year-old has penned a two-year deal with the KwaZulu-Natal club and is looking forward to playing in front of the passionate Amazulu support base.

In quotes published on the Usuthu website, Booysen said: "Where it comes to the AmaZulu family it has always been a pleasure playing against them. It’s going to be nice playing for them now.

"It's always good because you can see that they're passionate, they're always there through the ups and downs, and that is something that you can take.

"Obviously, that is why you want to play as a footballer, always for the team and for the supporters to keep them happy and keep them coming to the field.

"From my observation I can see they're passionate about the team, they love the club."

Booysen could make his debut for his new club on Sunday when they take on Mamelodi Sundowns in a Telkom Knockout clash.

We live in a world where facts and fiction get blurred
In times of uncertainty you need journalism you can trust. For only R75 per month, you have access to a world of in-depth analyses, investigative journalism, top opinions and a range of features. Journalism strengthens democracy. Invest in the future today.
Subscribe to News24
Related Links
Pioli, Ranieri begin rescue missions at crisis-hit AC Milan and Sampdoria
SA-born Surman patient for playing minutes at Bournemouth
Chiefs' Baccus seeks second victory in 2 months over CT City
Next on Sport24
Former Kaizer Chiefs coach Ernst Middendorp could join Maritzburg United - report