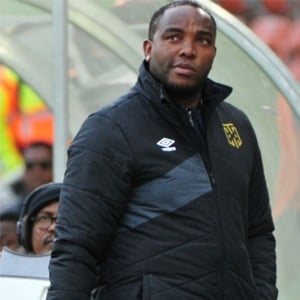 Cape Town - Cape Town City coach Benni McCarthy wants to win every game in all competitions both domestically in the Absa Premiership as well as in continental club tournaments.

The Citizens are enjoying a good season so far having narrowly lost out in the MTN8 final to SuperSport United, while maintaining a league title challenge.

The club are back in action on Wednesday as they face Wits (kick-off is at 19:30) in the first round of Nedbank Cup, having beaten the Clever Boys on three other separate occasions in 2017/18.

Thereafter the side from the Mother City jet out to Swaziland where they face Young Buffaloes in the preliminary round of the CAF Confederations Cup on Friday.

The return leg takes place a week later on 16 February.

"It is about managing the situation, finding out from the chairman, finding out from the club, what are the club’s ambitions in the cup competition because obviously, if they make (preferences) for the CAF Cup then I think you can’t go there and play a breed of young players and new players if the club wants to do well," McCarthy told reporters as quoted by Soccer Laduma website.

"So for me, I want to go and win every game you know, so for me, the Nedbank I am trying to go with the strongest possible team that I think can possibly do well and possibly go through beating Coach Gavin Hunt again (laughs).

"I am going to put a team out there that gives me that possibility and then come CAF, it is likewise that’s why all the players are there and they need to fight for places and the fit ones who are capable of going out and winning games, those are the ones that I send out.

"So I don’t really care about what the club’s mandate is and how far they wanna go in competitions, me I want to go and win every single thing that I can."

We live in a world where facts and fiction get blurred
In times of uncertainty you need journalism you can trust. For only R75 per month, you have access to a world of in-depth analyses, investigative journalism, top opinions and a range of features. Journalism strengthens democracy. Invest in the future today.
Subscribe to News24
Related Links
Micho heralds Mulenga signing
Komphela: Wits draw felt like a defeat
Ndoro not worried by Pirates protest
Next on Sport24
Bloem Celtic, Swallows share the spoils in Bloemfontein