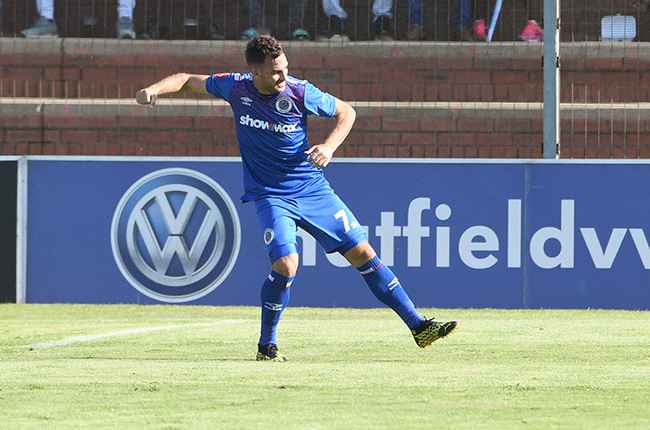 The 32-year-old has been linked with a move to the Buccaneers over the last two years, and it seemed as though a transfer would happen at the start of the season.

However, Grobler stayed at Matsatsantsa where he has scored seven goals in as many DStv Premiership appearances this season.

"I have no doubt in my mind because I see him at training and I see the attitude in the matches, it has not changed, he is carrying on from where he left off last season," Tembo told The Citizen.

"I know there will always be talk but at the same time, until something happens, he is concentrating on his game and he has been doing that."

He added: "I am quite happy with his contribution to the team and he is one of our senior players, he helps the youngsters and that is important to us."

We live in a world where facts and fiction get blurred
In times of uncertainty you need journalism you can trust. For only R75 per month, you have access to a world of in-depth analyses, investigative journalism, top opinions and a range of features. Journalism strengthens democracy. Invest in the future today.
Subscribe to News24
Related Links
Former Mamelodi Sundowns captain not keen on coaching in the PSL
TS Galaxy confirm Dlangalala as interim boss
Daniels to consider Maritzburg offer: I'm here checking the environment
Next on Sport24
Pirates fight back to beat Maritzburg in Nedbank Cup