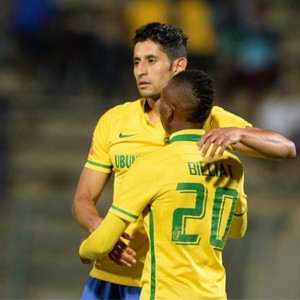 Cape Town - Mamelodi Sundowns forward Leonardo Castro is yet to put pen to paper on a contract extension with the Chloorkop.

The Pretoria side have tabled an offer for the Brazilian’s services which will see him further his stay at the club until at least 2020.

According to Soccer Laduma, the player wants to give his family more time to adapt to South Africa before making a final decision on whether to stay at the CAF Champions League champions.

“The club brought his family to the country, which showed their interest for Castro to stay at Chloorkop,” the player's agent, Joao Betancourt said.

“He also had an improved offer from Sundowns to extend his contract until 2020 but Castro decided to put it on hold until he can see if his family can adapt to the country.”

Castro's current deal is set to expire in June 2018.

Meanwhile, Sundowns will shift their focus to a premiership clash against Soweto giants Kaizer Chiefs on Saturday at Loftus Versfeld.