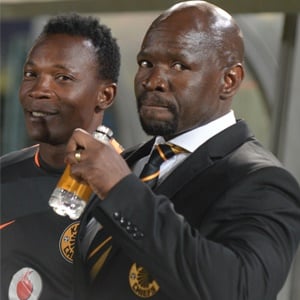 Cape Town - Kaizer Chiefs have confirmed that they have terminated the contract of assistant coach, John Pantsil.

"Kaizer Chiefs and John Paintsil have come to an agreement to terminate his contract as the assistant coach of the Club with effect from 6 June 2017," read the statement on the club's official website.

"Both parties have signed a separation agreement, the terms of which are confidential.

"The Club thanks John for his contribution and wish him well for his future endeavours."

Pantsil, who joined Chiefs last year in June, was meant to stay at Amakhosi till June 2018.

Chiefs are desperate for a change, following two back-to-back seasons without a major trophy.