Chippa looking to bounce back 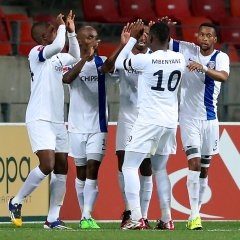 Cape Town - Ajax Cape Town will look to bounce back from a defeat in the Absa Premiership last week when they host Chippa United at Athlone Stadium.

Ajax suffered their eighth defeat of the season when they were beaten 1-0 at Free State Stars on February 24.

The Cape side has claimed 16 points from 10 home matches this season.

The Urban Warriors are placed 11th on the Absa Premiership log with 26 points from 20 matches.

Chippa suffered their 10th defeat of the league season when they went down 3-0 at University of Pretoria on February 27.

The Eastern Cape side has claimed nine points from 10 away matches this season.

The Chilli Boys are placed sixth on the Absa Premiership log with 31 points from 21 matches.

In head-to-head stats, Chippa and Ajax have met in five league matches since 2012/13.

The Urban Warriors have two wins compared to one for the Chilli Boys, while two matches have been drawn.

Ajax have won both of their two previous home league matches against Chippa.

When the teams met earlier this season, the Chilli Boys claimed a 3-1 home win in the Eastern Cape.

We live in a world where facts and fiction get blurred
In times of uncertainty you need journalism you can trust. For only R75 per month, you have access to a world of in-depth analyses, investigative journalism, top opinions and a range of features. Journalism strengthens democracy. Invest in the future today.
Subscribe to News24
Related Links
Antipas backs Sundowns to go far
Mlwane urges Abraw further forward
PSL strongly condemns acts of hooliganism
Next on Sport24
Pirates held to a draw by AmaZulu