Clark believes he can save Leopards from relegation 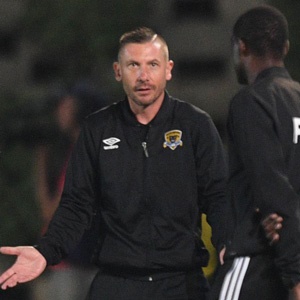 Black Leopards coach Alan Clark is confident he has the necessary experience and ability to help the club stave off relegation this season.

Lidoda Duvha are rooted to the bottom of the Absa Premiership standings with 20 points from 24 games, which is only three points below safety.

Despite their current position in the standings, Clark believes he has enough quality in his squad to fight their way out of the danger zone, once the season resumes at some stage in the future following the coronavirus lockdown.

"To be honest with you I don't think I jumped into this position with my eyes closed‚" Clark said, as quoted by SowetanLIVE.

"But what's important is that I've been around, and I've been experienced. I've been involved with AmaZulu with the trouble that they had in the first and second seasons.

"I was around at Platinum Stars. When we got there, they were 14th and they ended in the top eight. The second season they were second.

"And I've been learning all the time. If I didn't think I was capable of doing it, I wouldn't have accepted the role.

"I have a very experienced squad‚ which I'm grateful for. And what do you do as a young coach? The opportunity is there‚ and I don't think South African young coaches get enough of those."

We live in a world where facts and fiction get blurred
In times of uncertainty you need journalism you can trust. For only R75 per month, you have access to a world of in-depth analyses, investigative journalism, top opinions and a range of features. Journalism strengthens democracy. Invest in the future today.
Subscribe to News24
Related Links
Dortmund's Can banned two games over Neymar clash
Ajax end contract of brain-damaged former wonderkid Nouri
Spurs cut staff wages by 20% as chairperson pockets R155m
Next on Sport24
Pitso Mosimane challenges SA coaches to test themselves outside PSL