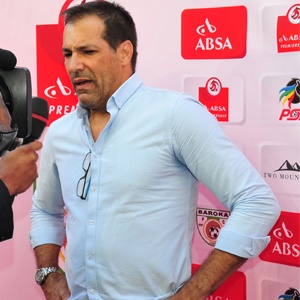 With the North West club languishing near the foot of the table all season, De Sa has done brilliantly to get Dikwena out of the relegation zone before Christmas; moving up to 14th after a 1-0 win over Bidvest Wits last weekend.

De Sa, however, is not getting carried away just yet because he knows his side are not out the woods.

"We're still in a battle. I think it's too early to say anything," he told KickOff website.

"Slowly we caught up, but we had a couple of hiccups along the way - the Baroka draw, the Arrows and AmaZulu games we conceded in the last minutes.

"We've had a few that have gotten away from us, and [against Wits] I think it was payback time - I think we got a bit fortunate at times, and it goes that way.

"But it's still too early to tell [if we'll survive relegation]. The win puts us in a good position now for the second round, at least we've got a realistic chance of trying to compete," he explained.

The vastly experienced PSL coach says he'll be going to the market in January, which could spell the end of some of the players at the club.

"We've got a lot of work to do, we've got to bring in a couple of players," said De Sa.

"You know this a team I inherited, so there's a few faces we've got to bring in, not just to play but also to create a little bit of competition.

"And to bring in a few it's going to be a case of having to release to be able to sign, and we know that, but there's enough players to release, believe you me.

"So, we're looking to bring in four or five new guys to give us a bit of depth, and then I think we'll be okay. I think we can reach 30 points [by the end of the season]," De Sa concluded.

We live in a world where facts and fiction get blurred
In times of uncertainty you need journalism you can trust. For only R75 per month, you have access to a world of in-depth analyses, investigative journalism, top opinions and a range of features. Journalism strengthens democracy. Invest in the future today.
Subscribe to News24
Related Links
Menzo admits that Nxumalo has been AWOL
Chiefs confirm Castro arrival
Benni admits City miss Manyama factor
Next on Sport24
Pitso Mosimane makes history, bags 2nd CAF Champions League title 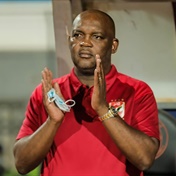