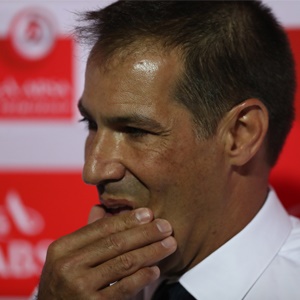 The Students hold a two-point advantage over the champions with two games remaining, and De Sa believes Gavin Hunt’s men have what it takes to cross the finish line ahead of Pitso Mosimane’s team.

The current campaign is currently one of the closest title races in recent memory, with three teams - Wits, Sundowns, and Cape Town City - still in with a chance of claiming top honours. The Citizens have fallen off the pace a little, however still have a slight mathematical chance.

"I think to be entirely honest, Wits could have wrapped it up a while back," De Sa, who is linked with both clubs having once coached Wits and played for Sundowns, was quoted by The Citizen website.

"They didn’t and are now making it very difficult for themselves. Sundowns have had to face playing in Africa and the congestion of playing catch-up with everyone.

"Now it is visible, you can see their players have lost a bit of momentum, there are too many players hitting fatigue.

"Wits are a lot fresher, they are out of Africa and all the other competitions, and are just focusing on the title, they have a fantastic squad with a lot of depth. It is there for Wits to lose.

The former Bafana Bafana goalkeeper added that he was also keeping an eye at the bottom of the table, where up to five teams are still fighting against relegation.

"To be honest with you I am enjoying watching the bottom more than the top. You have controversial decisions where Baroka got that penalty against Sundowns, then the goal disallowed against Arrows.

"It is a roller-coaster... Highlands fired their coach and then got a result, it is like watching a soapie."