Dolly's agent speaks out against Sundowns 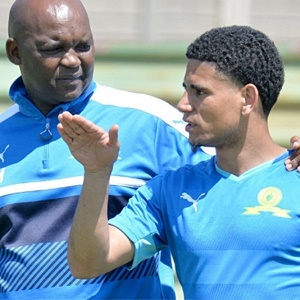 According to Goal.com website, Mitchell says that they declined the offer because several European teams want to sign Dolly.

"Sundowns want to portray me as a bad person here. It is true that I contacted Manchester City's director and he said he didn't know who Keagan Dolly was,"

"They (Sundowns) speak as if Dolly was wanted by Manchester City from England, but if you read the letter carefully, you will see that City [Football Group] wanted to take him to some of their teams. Manchester City has too many clubs under their name," he said.

"They have teams in USA, India and Australia. They wanted to take Dolly to New York City in USA. We refused because there are teams that want him in Europe," he continued.

It has been reported that Montpellier, have submitted an offer of €1.7m for Keagan Dolly but to be paid over an 18-month period.