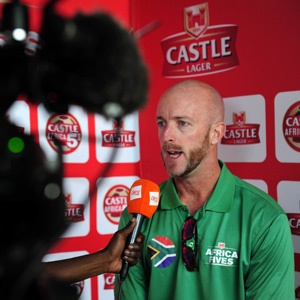 Matthew Booth has revealed his frustrations at trying to start his coach education in South Africa.

The former Bafana Bafana and Mamelodi Sundowns centre-back hung up his boots in 2014 after a stellar career.

He initially started his road to coaching with a Confederation of African Football 'D' license with the South African Football Association three years ago but has been unable to build on that.

Booth now says he is being forced to do his qualifications in Namibia.

Booth will now do a course directly through UEFA, in Windhoek.

He told TimesLIVE: "I did my CAF D licence about three years ago‚ and SAFA halted everything.

"Apparently CAF was trying to negotiate with UEFA to make the CAF license equal to the UEFA one‚ and this has taken a number of years.

"SAFA stopped all CAF A‚ B and C licence courses while that happened. Recently they've just resumed, and I've tried to get on the list.

"But I’m tired of having to chase people‚ almost as if you're asking for favours when in actual fact it should be a natural progression."

Booth added: "I don't want anyone to pay for me or anything like that. All I want is information on it. I'm fed up at chasing people around and asking them to have to do me favours‚ with my cap in hand.

"I feel that ex-pros should have been put on some sort of a database‚ and given the opportunity to do administration and coaching licences and stuff like that. But that hasn't happened.

"So, I was planning to go and do my UEFA C in Windhoek in June. Which is‚ can you believe it‚ a local course run by the Scottish FA. They were actually doing it in South Africa‚ but then they got chased out."