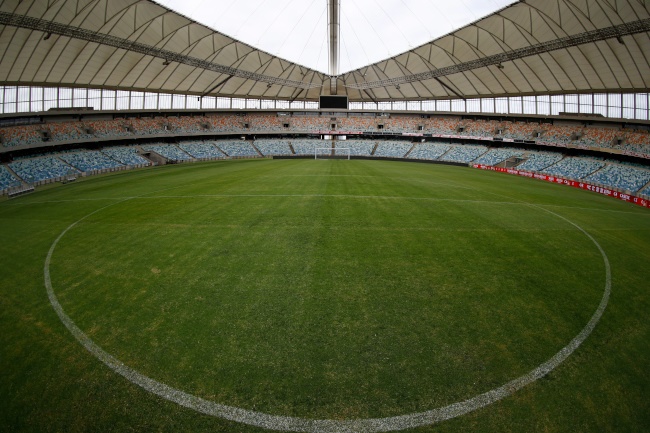 The fixture will take place on Saturday, 30 October with the kick-off time to be announced in due course.

This will be the fifth time the stadium hosts the final in past decade, with the most recent MTN 8 finals played at the KwaZulu-Natal arena in 2017 and 2018.

The Western Cape, Northern Cape and the Free State have never hosted the MTN 8 final..

Cape Town Stadium, however, did get a rare nod at hosting the 2017/18 Nedbank Cup final between Maritzburg United and Free State Stars.

The majority of domestic soccer cup finals have been played in Gauteng and Kwa-Zulu Natal.

Meanwhile, South Africa football-loving fans have taken to social media to question "the criteria" of how a stadium gets chosen for a final.

And you can't blame them looking at where domestic finals have been hosted in the past 10 years.

One day you need to tell us the criteria of selecting the Stadium of Cup Finals.. Enough Is Enough.... We as supporters deserve to know the truth about all this because it's now seem to be a norm for that particular stadium to always has an upper hand than others..

Yall are none creative shame.... I'm so disappointed with this decision, every season Durban hosts the final. What about other provinces?

The PSL has also confirmed that a limited number of vaccinated fans will be allowed to enter the stadium for the final.

The final will serve as a pilot project for new protocols.

Further meetings will take place over the next week to draw up those protocols which the PSL will communicate once they have been approved.