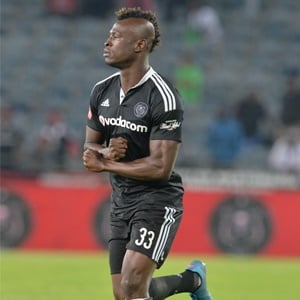 The 26-year-old Ghana international signed a two-year contract with the second-tier outfit and will aim to help his side gain promotion to the top-flight.

"We are pleased to announce that the Ghanaian Edwin Gyimah has signed a two-year contract with Helsingborgs IF," a statement on the club's website read.

"Edwin Gyimah has been on trial with the team of HIF and took part in the match against Kristianstad FC earlier in the preseason.

"Now the central midfielder, who can also play in the back line, signed a two-year contract with the club."

The club's mentor Per-Ola Ljung revealed his delight at the acquisition citing his quality and versatility.

"Edwin is a player with both good power and technique. He is highly qualified and will contribute to the squad. Although he can play in several positions, he is thought of as a central midfielder."

Related Links
Chirambadare finding his feet at Chiefs
Josephs: Treat all teams like Al Ahly
Hunt: Bafana call unsettling for Mahlambi
Share
Next on Sport24
SAFA says PSL will not resume before August