Heric has made Chippa tactically stronger 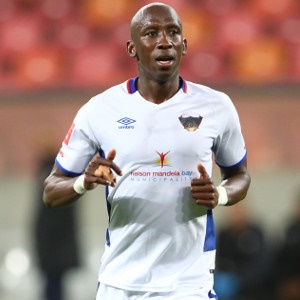 Heric took over from Teboho Moloi on 3 March after a dismal run of form saw the Chilli Boys' top eight hopes left in tatters. Since then Chippa have faced Free State Stars twice, losing 2-1 in the Nedbank Cup last 16, but winning 1-0 in the league.

Mayambela, who captained the side for Saturday's triumph in the absence of the suspended James Okwuosa, paid tribute to his new boss.

“We have the capabilities, the talent and the players, especially with the coach. He has brought a lot of tactical mentality in us. I feel it was something we lacked previously sometimes,” he said, according to KickOff website.

Mayambela was honoured to captain the team through what he viewed as a vital victory. On leading his side to three points, he said: “Captaining the team was a great responsibility.

“Everyone is happy with the three points. That was our goal because we haven’t been winning for the past five, six games.

“I think the last time we won was our first game of the year against AmaZulu, so we’ve been drawing and losing in between. So we needed the win more than anything.”

As a result of the victory, which was, in fact, their first in eight league fixtures, Chippa now sit ninth in the league - just two points behind eighth-placed Bloemfontein Celtic.

They will next face Absa Premiership leaders Mamelodi Sundowns at Loftus Versfeld on Wednesday, April 4.

We live in a world where facts and fiction get blurred
In times of uncertainty you need journalism you can trust. For 14 free days, you can have access to a world of in-depth analyses, investigative journalism, top opinions and a range of features. Journalism strengthens democracy. Invest in the future today. Thereafter you will be billed R75 per month. You can cancel anytime and if you cancel within 14 days you won't be billed.
Subscribe to News24
Related Links
Mabaso strike sees Chippa edge FS Stars
Mpengesi invites Moloi to return to Chippa
Heric promises Chippa fans attacking football
Next on Sport24
Chances aplenty, but goals are few: Hard truths for glory-chasing CT City, Kaizer Chiefs