Hunt on Chiefs advancing in Champions League: A big achievement with no signings 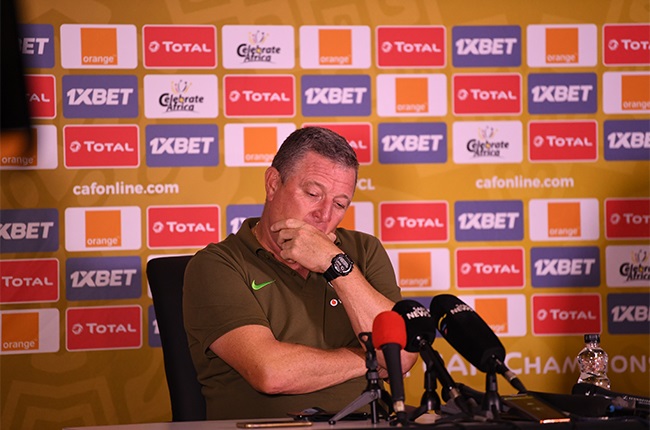 Kaizer Chiefs coach Gavin Hunt says qualifying for the CAF Champions League quarter-finals is even more impressive when you consider the club haven't signed anyone.

Amakhosi went into the 2020/21 campaign under a FIFA transfer ban, which contributed to the Soweto giants' underwhelming performances in the DStv Premiership.

Despite the significant disadvantage, Hunt's charges progressed to the last eight of the continental competition in nail-biting fashion with a 2-2 draw against Horoya in Group C on Saturday.

"It's going to be a tough‚ tough thing‚ who you're going to draw now. But I mean, we'll worry about that when we get to that."

"You know‚ we've won nothing - we've just got through. So‚ I mean this is a helluva competition to play in‚" he added.

"You know‚ we haven't signed a player - nothing. So, you've got to look at it from that perspective. With the squad that we've got‚ to try and go on this front is a big achievement so far‚ and we've over-achieved.”

The Glamour Boys are back in action on Thursday against Baroka FC as they continue to seek to break into the top half of the DStv Premiership.

We live in a world where facts and fiction get blurred
In times of uncertainty you need journalism you can trust. For only R75 per month, you have access to a world of in-depth analyses, investigative journalism, top opinions and a range of features. Journalism strengthens democracy. Invest in the future today.
Subscribe to News24
Next on Sport24
Kaizer Chiefs fans march to Naturena: 'We are tired of how you're handling our team'