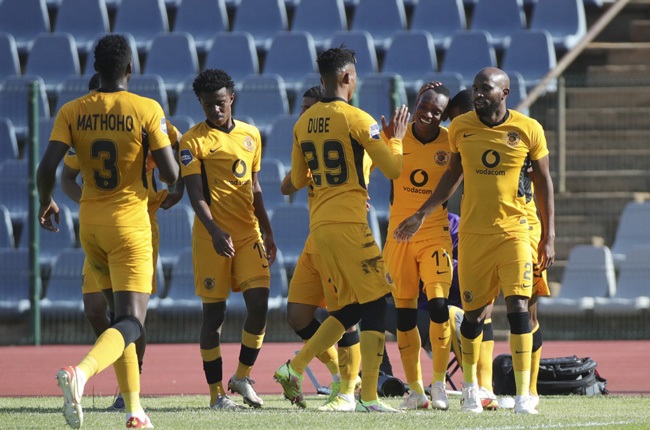 Kaizer Chiefs physician Dr Hasendra Ramjee confirmed late on Tuesday that there were a further five positive Covid-19 cases and said the club would not honour their midweek DStv Premiership clash against Golden Arrows.

This will be the second successive fixture that Amakhosi miss out on following a mass Covid-19 outbreak.

Last Friday, no less than 31 club members tested positive for the virus, with Amakhosi training facilities, notably known as Naturena, being temporarily closed.

Chiefs proceeded not to travel to FNB Stadium for their Saturday clash against Cape Town City after requesting the fixture be postponed.

The Premier Soccer League (PSL) has not officially granted any postponement and is yet to speak on the issue.

Meanwhile, Ramjee revealed that Chiefs' positive cases had increased to 36 individuals after "repeating testing" occurred during the past 48 hours.

"The Kaizer Chiefs football club medical team dealt with the recent Covid crisis within the club by following the current NICD and Department of Health protocols for positive cases and contacts," Ramjee told the Amakhosi media department.

"The positive cases were requested to self-isolate and primary contacts were asked to quarantine for a period of 10 days as per these protocols. All players and staff have been regularly monitored.

"Repeat testing was implemented of the last 48 hours for players and staff who were in quarantine.

"These tests unfortunately revealed five more positive cases, which justified the approach taken by the club in terms of our responsibility to our players, staff and to the football community.

"Further to this, players who have tested positive and completed their self-isolation period will be managed with an evidence based graduated return to play protocol and algorithm used for elite athletes.

"Depending on the players progress during this managed phase, a player would usually be fit to resume playing in seven days."

Update: Chiefs Will Not Face Arrows

Following further consultations with the medical department and management regarding the ongoing Covid-19 outbreak that occurred at the Village last week, Chiefs is unable to travel for the league match against Golden Arrows.#Amakhosi4Life pic.twitter.com/IPz0zPMFep