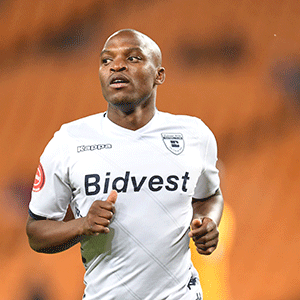 The visitors looked lively early in the game and went close when Nkanyiso Zungu sent a long-range shot wide of the target.

Forward Iqraam Rayners then should have given the newly promoted side the lead before the halftime break but he sent his effort over the bar.

The Clever Boys seemed to wake up from their slumber in the second stanza and slowly started seeing more of the ball.

The visitors though hit back almost immediately as Marc van Heerden's cross was deflected into his own net by Hlatshwayo.

The game looked to be heading for a stalemate but substitute Motupa popped up with five minutes of the game remaining to give the hosts all three points.

It was the Students' third victory in four matches this season and they remain second in the standings, one point behind Kaizer Chiefs.

Stellies are still looking for their first victory of the campaign and have two draws and two defeats in four games.