Lorch: I'm happy to be the champion 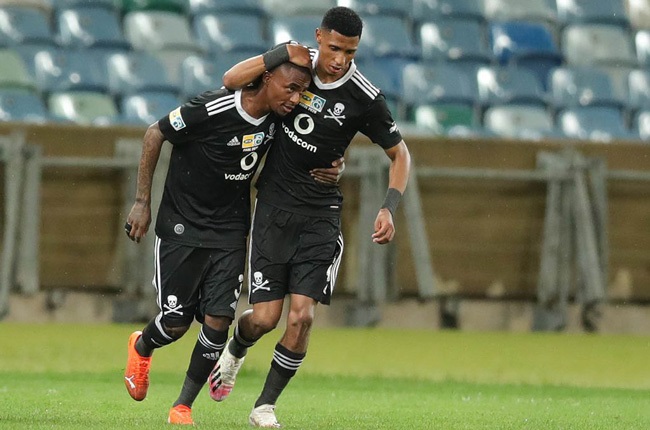 Thembinkosi Lorch was full of praise after his match-winning contribution to Orlando Pirates' MTN8 final 2-1 victory over Bloemfontein Celtic on Saturday.

Lorch started the match at the Moses Mabhida Stadium on the bench but was introduced after just 24 minutes for the injured Thabang Monare.

He both won and scored the winning penalty on 53 minutes after Deon Hotto had levelled Siphelele Luthuli's third minute strike just after the half hour mark.

Speaking after the game, a delighted Lorch, who only recently returned to training after minor knee surgery, praised his family, Bucs coach Josef Zinnbauer and assistant Fadlu Davids.

He told SuperSport TV: "It’s been a difficult year for me, and I would like to thank my family for supporting me throughout the difficulties.

"I've wanted to win trophies, especially for Orlando Pirates and I'm happy to be the Champion today.

"He's a good coach, he and coach Fadlu so obviously we have to follow their instructions and do the job."

We live in a world where facts and fiction get blurred
In times of uncertainty you need journalism you can trust. For only R75 per month, you have access to a world of in-depth analyses, investigative journalism, top opinions and a range of features. Journalism strengthens democracy. Invest in the future today.
Subscribe to News24
Related Links
Twitter reacts to death of Sundowns star Motjeka Madisha
John Maduka on MTN8 final loss: 'The boys gave their best'
SA football rocked by another tragedy as Sundowns star Motjeka Madisha dies in car crash
Next on Sport24
Chippa, Cape Town City play to goalless draw