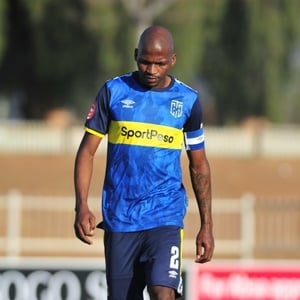 Cape Town - Cape Town City have announced that they have renewed the contract of captain and fullback Thamsanqa Mkhize for a further three seasons.

Mkhize has proved to be an ever-present in recent times for the Citizens under coach Benni McCarthy who is always quick to sing the praises of the defender.

The 30-year-old was the starting right-back at the Africa Cup of Nations tournament in Egypt for Bafana Bafana and is enjoying arguably the most successful time of his career.

The player expressed delight at putting pen to paper on a new long term deal, saying: "I'm grateful to Cape Town City for giving me this opportunity.

"When I first arrived here I felt like I was at home."

City continue their solid start to the 2019/20 season on Saturday when they take on Polokwane City at Newlands Stadium in an MTN8 quarter-final.

The Mother City-based outfit are the current defending champions in the competition.