Molangoane ordered back to Chippa 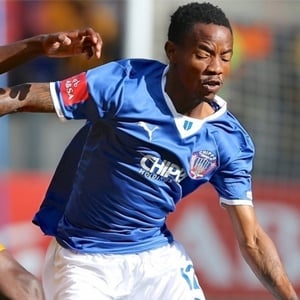 Cape Town - Joseph Molangoane has lost his case against Chippa United following a dispute with the Port Elizabeth based club, which was settled by the PSL's DRC.

The 28-year-old was embroiled in a contract dispute with the Chilli Boys after requesting his clearance from the club, which got messy as the player was told that he still has two years left on his contract.

"The case was heard this morning and unfortunately he [Molangoane] lost it," a source close to the dealings told KickOff.

Molangoane reportedly signed a pre-contract with Kaizer Chiefs, which has been deemed null and void, following the decision made by the league's Dispute Resolution Chamber (DRC).

"He is now forced to go back to Chippa United," chairman Chippa Mpengesi said.

"It's unfortunate that this matter have to go this route instead of being resolved without going to DRC. The supporters of Chippa United love Joseph Molangoane and he's never been chased away from the club.

"Our doors still open for him. If he wants to go we won't stand in his way. If any team interested is signing him we are still available to talk," he concluded.