Molekwa: I am ready to lead Polokwane City 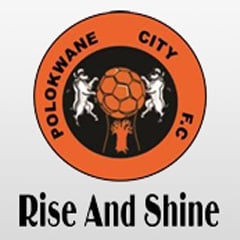 Cape Town - Polokwane City caretaker coach Bernard Molekwa says he is ready to take the job on a full time basis after leading the club to a credible sixth placed finish in the league.

Rise and Shine were thrown into disarray when Luc Eymael walked out on the club in March, and Molekwa was left to pick up the pieces.

While City had a strong start to the campaign, it was the period with Molekwa in charge that ensured they finished in their highest ever position in the Premiership.

Under the caretaker coach, they won five out of 10 games, losing three and drawing two - and that experience has led to Molekwa to believe that he can do the job on a permanent basis.

"I am prepared to take over next season if the chairman (Johnny Mogaladi) wants me to do so because I have gained valuable experience over the years with the club," Molekwa was quoted by TimesLIVE website.

"I am ready for the challenge because I have learned a great deal from coaches I've worked with, including Julio Leal, Duncan Lechesa, Boebie Solomons, Kostadin Papic and Eymael.

"It was an honour to work and learn from them because they are very knowledgeable and passionate about football."

Currently, Molekwa was on holiday and enjoying the off season, and was waiting to hear from club chairman Mogaladi on what the next step would be.

"I have not heard anything from the chairman about his plans for next season and what my role is going to be. I am hoping that things will be finalised as soon as possible so we can start planning for pre-season."