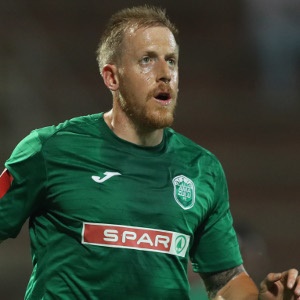 Cape Town - AmaZulu midfielder Michael Morton has a two-year extension to his contract at the Durban club.

It turns his loan deal from SuperSport United, where his contract expires at the end of the season, into a new permanent deal with AmaZulu.

“We have come to an agreement with Michael Morton to extend his stay with us for another two years,” general manager Lunga Sokhela told his club's website.

“Morton is a player who has shown great commitment to our cause, and we are only happy to keep him.”

Morton said he was relieved to have sorted out his future.

“I’m just happy to have settled things, I know where my future lies. It’s a nice relief,” said the 28-year-old, who has also spent time at Bidvest Wits and Orlando Pirates.

“I didn’t sign for a team that I don’t think is not going to be in the PSL next season. We have to make sure we keep the status by obviously working hard.

“There’s nine games left and we’re not too far now. Everyone’s put-in is going to be important and I just want to play a part in that.”

We live in a world where facts and fiction get blurred
In times of uncertainty you need journalism you can trust. For only R75 per month, you have access to a world of in-depth analyses, investigative journalism, top opinions and a range of features. Journalism strengthens democracy. Invest in the future today.
Subscribe to News24
Related Links
City to land first piece of silverware - bookies
Tipsters: Jose to undo his old club!
Kutumela out injured for the season
Next on Sport24
Pirates coach talks up 18-year-old Tshobeni: 'He is destined for success'