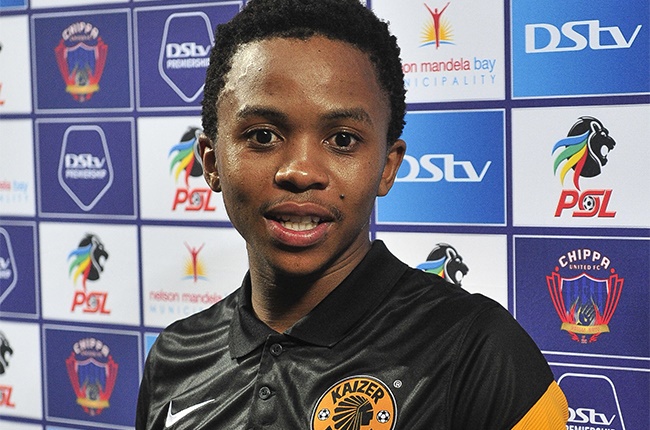 Kaizer Chiefs midfielder Nkosingiphile Ngcobo says part and parcel of being at a big club is being able to quickly shift focus from one competition to another.

Amakhosi successfully navigated their way to the Group Stages of the CAF Champions League by seeing off Primero De Agosto 1-0 on Tuesday.

Up next is a home Premiership clash against a tricky Maritzburg United side struggling for points in second-last place, but now coached by former Chiefs boss Ernst Middendorp.

It promises to be an enthralling encounter, with Ngcobo confident in his side to secure a positive result.

He told the club's website: "Angola was a lot of work, but we enjoyed ourselves there. We did well as a team, and we managed to win. We worked very hard.

"We now need to make sure that we fight against Maritzburg. It won't be easy though. We need to prepare ourselves and be ready to fight.

"At the end of the day it's football and that's how it is. You move from game to game and just ensure that you keep your spirits up."

Chiefs have already beaten the Team of Choice this season, with Ngcobo adding: "We managed to beat them in the MTN8 quarterfinals which tells us that it is possible for us to win if we work as a team and fight for each other. They did win their last game against Bloemfontein Celtic so I think they will come up with the same mindset in searching for another win. We need to be prepared to face a difficult opponent.

"It will be fun to play against Ernst Middendorp our former coach. We will be ready for him and his team."

We live in a world where facts and fiction get blurred
In times of uncertainty you need journalism you can trust. For only R75 per month, you have access to a world of in-depth analyses, investigative journalism, top opinions and a range of features. Journalism strengthens democracy. Invest in the future today.
Subscribe to News24
Related Links
Pitso Mosimane, SA football fraternity react as Percy Tau completes EPL move
Schalke close on unwanted record, Atletico defend Liga lead
Brighton manager tips Percy Tau to make IMMEDIATE impact in Premier League
Next on Sport24
Bafana Bafana coach Molefi Ntseki gives reason why Njabulo Ngcobo was not selected