Orlando Pirates return to Soweto but held by brave Stellenbosch 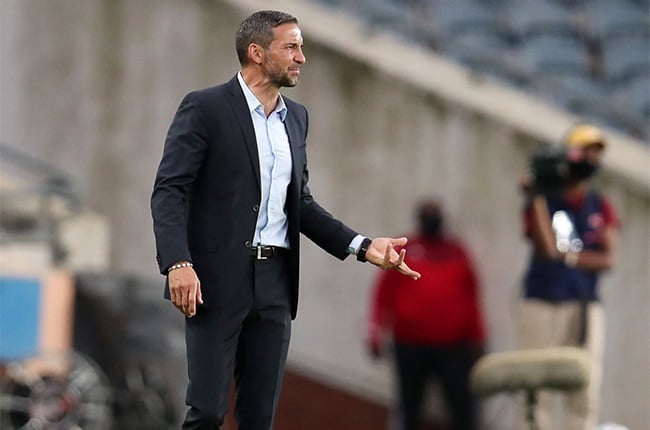 In their first outing at the famous Orlando Stadium in months, Orlando Pirates were held to a 1-1 draw by Cape-side Stellenbosch FC.

During last season's enforced bio-bubble, the Buccaneers played all their home matches at Ellis Park with the Premier Soccer League (PSL) seeking to complete the 2019/20 season.

Fast forward to the 2020/21 campaign, the Buccaneers were hoping to get their first win of the season after AmaZulu held Josef Zinnbauer's side to a 1-1 draw four days earlier.

But Stellenbosch's sound defence and counter-attacking proved to be tough to crack as the Mother City charges secured a vital point to take back to the Cape Town.

The first opportunity landed for the Buccaneers as early as the fourth minute through Kabelo Dlamini. He was surrounded by the Stellies defence and freed himself before intelligently playing in Vincent Pule, who pulled the trigger just outside the penalty area, but his effort curled wide of the target.

The Pirates back four struggled with the pace of 23-year-old Ashley du Preez and it was evident as Happy Jele lost his man in a Stellies counterattack with Thulani Hlatshwayo coming to the rescue and purposely cutting the man off and picking up a yellow card.

Leletu Skelem was next to test the Buccaneers' wobbly defence but Jele was up for the challenge as he had to work hard to steal the ball off the 22-year-old.

After the mandatory water break, Stellenbosch continued their high energy approach and found themselves gifted a free kick in a dangerous position.

Standing over the dead-ball situation was Marc Van Heerden and he curled the ball into the penalty area with Robyn Johannes collecting and controlling it perfectly. He quickly lobbed it towards a waiting Nathan Sinkala, who saw his headed effort go narrowly over the crossbar.

That was a wake-up call for the Sea Robbers as they took full advantage of defensive confusion from a corner-kick.

Goalkeeper Lee Langeveldt failed to clear the danger as he clashed with Van Heerden with the ball falling into the path of Ntsikelelo Nyauza, who easily fought off the Stellies defence to tap the Soweto giants into the lead.

That lead did not last long as Stellies continued to pressure the Buccaneers and it eventually paid off.

Paseka Mako was at fault for the Pirates defence this time around as he failed to release the ball early and found himself surrounded by the Stellies attack who snatched possession. In quick succession and after a series of passes, a cross was finally sent to an unmarked Sinkala, who headed past debutant goalkeeper Ricahrd Ofori.

Soon after equalising, the Stellies attackers were again threatening and could have gone into half-time as leaders.

A two-on-one situation with Du Preez and Skelem darting forward in the Pirates half and after getting into a shooting position, Du Preez pulled the trigger which Ofori dealt with brilliantly, instead of passing it to Skelem, who was open on goal.

After the break, Pirates subbed Mhango who struggled throughout the first half with a niggling injury and Zinnbauer opted to introduce Zakhele Lepasa.

And Lepasa made an immediate impact with his energy causing a worry for the Stellenbosch defence as he teamed up well with Fortune Makaringe, who’s effort on goal was saved and parried by Langeveldt.

The Buccaneers did much of the attacking in the second half with Stellenbosch continued to play on the counter-attack as they defended deep in their own half.

That defensive shape protected Langeveldt for much of the 45 minutes as the second half ended with Stellenbosch seemingly the happier side, departing for Cape Town in the morning with a crucial point.

We live in a world where facts and fiction get blurred
In times of uncertainty you need journalism you can trust. For only R75 per month, you have access to a world of in-depth analyses, investigative journalism, top opinions and a range of features. Journalism strengthens democracy. Invest in the future today.
Subscribe to News24
Related Links
Lukhubeni eager to help TTM beat his parent club Sundowns
Xola Mlambo on Orlando Pirates exit: 'A Lamborghini never loses its value'
Ronwen Williams targets goalkeeping award and Premiership title
Next on Sport24
Bloem Celtic down Black Leopards to claim first win of the season