Pirates too hot for Chilli Boys 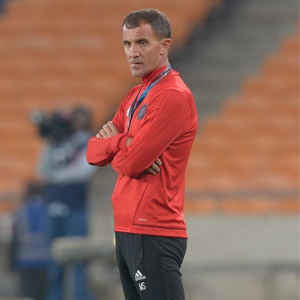 Cape Town - Orlando Pirates left it late but were fully deserved of their 4-2 win over Chippa United at the Nelson Mandela Bay Stadium on Sunday afternoon.

Both sides came out firing in this clash, with Mark Mayambela eager to impress his former employers while Bernard Morrison's strength and speed were in full view.

The first chance though fell to Innocent Maela as he raced onto a good ball forward from the left from Amigo Memela, but Brighton Mhlongo was out quickly to put the striker off.

While Shonga's early free-kick was punched clear, Sizwe Mdlinzo should have done better when played in by Thabo Rakhale but he skewed his shot wide of the target.

But Chippa were soon ahead through an excellent volley from Mxolisi Machupu on the turn as he latched on to a good ball over the top of the Bucs' defence.

The lead though was not to last as Morrison fired into the bottom-left corner of the net from the penalty mark, after Paseka Mako had handballed inside the box.

Mayambela continued to impress but was wide of the target ahead of another chance that saw Rakhale force a diving stop from Jackson Mabokgwane as the first half drew to a close.

Morrison was wide with a curling effort minutes after the restart while Shonga, who kept probing for a goal, was unlucky to fire wide with 55 minutes played.

Morrison was then upset to see his goal on 58 minutes disallowed for offside, having raced onto an excellent through ball from Musa Nyatama. He also couldn't take advantage of a poor backpass from Mako and fired wide, ahead of a super chance for Nyatama, with the ball ultimately bobbling against a post.

Pirates were rewarded with their persistent attacking when Shonga reacted the quickest to the ball following a scramble in the box, to hand Pirates the lead for the first time in this game.

But, Mashego, who had just come off the bench for Mayambela, needed just one touch to find the back of the net, as he calmly slotted home a Rakhale blocked shot.

But far from settling for a draw, Pirates upped the tempo a notch, and were ahead again through a clinical header from Thembinkosi Lorch from a Maela cross.

And Shonga put the final nail in the coffin for Arrows with a late goal with a super strike from a tight angle.