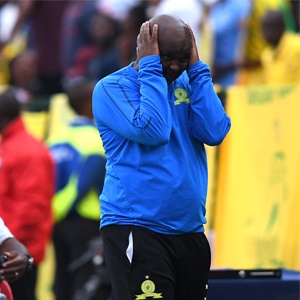 A PSL statement said: "In a matter arising from an incident between AmaZulu and Mamelodi Sundowns on September 1, 2018, Pitso Mosimane was charged with misconduct after he allegedly assaulted AmaZulu team security official, Satchmo Ngwenya by punching him in the face."

Mamelodi Sundowns were charged for bringing the league into disrepute as a result of their Mosimane's actions.

Both the club as well as Mosimane were found guilty. Sanctions are to be handed down once all the parties have made submissions to the Disciplinary Committee.

The 54-year-old was charged with assault after a complaint was laid against him by a security official.

Sport24 revealed that a complaint was made by a security guard at the King Zwelithini Stadium after a fracas took place between Sundowns fans and a member of the technical team.

"He indicated that the coach had struck him in the face after the match."

"A case of assault at Umlaza police station was opened. No one has been arrested while investigations continue," Zwane said.

According to reports, Mosimane left the police station after the match that saw his side held by AmaZulu in a 3-3 draw.

We live in a world where facts and fiction get blurred
In times of uncertainty you need journalism you can trust. For only R75 per month, you have access to a world of in-depth analyses, investigative journalism, top opinions and a range of features. Journalism strengthens democracy. Invest in the future today.
Subscribe to News24
Related Links
BREAKING: PSL find Sundowns guilty of fielding ineligible player
Brazil forward Everton Soares on Man City's radar
Pitso preparing in case PSL dock points from Sundowns
Next on Sport24
Sundowns coach sets the record straight on George Maluleka's exit rumours