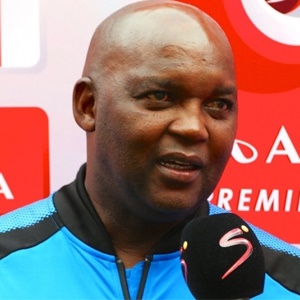 Cape Town - Mamelodi Sundowns head coach Pitso Mosimane believes there are no clear-cut title challengers due to the current dynamic of the Absa Premiership.

This meant teams would have to play catch-up and reschedule their league matches.

However, the majority of the teams have now played 16 games since the league resumed last week as the log finally takes shape.

The former Bafana Bafana mentor was quick to brush off any concern of who he thinks will challenge the seven-time Absa Premiership champions.

“I can’t comment on the club’s behind me, I can only comment on my team,” said Mosimane.

“I don’t know of the club’s behind me.

Sundowns next welcome Orlando Pirates to Loftus Versfeld on Saturday.

We live in a world where facts and fiction get blurred
In times of uncertainty you need journalism you can trust. For only R75 per month, you have access to a world of in-depth analyses, investigative journalism, top opinions and a range of features. Journalism strengthens democracy. Invest in the future today.
Subscribe to News24
Related Links
SA football getting worse, says Ertugral
Sundowns keeper wants out of Chloorkop
Johnson has high hopes for AmaZulu teen
Next on Sport24
Pirates leave it late to draw with Baroka