Cape Town - Bidvest Wits coach Gavin Hunt has signed a one-year extension with the Students, according to widespread reports.

In recent weeks, Hunt has been tipped to replace Bafana Bafana coach Shakes Mashaba after South Africa failed to qualify for next year's Africa Cup of Nations (AFCON) in Gabon.

However, SAFA remain mum on whether or not they will sack the 65-year-old Mashaba and hand the reigns to Hunt.

Soccer Laduma revealed that the former SuperSport United coach's contract was set to expire at the end of June 2016.

Meanwhile, Hunt has recently been doing television work as football analyst for SuperSport during the European Championship held in France.

The two-time Absa Premiership coach of the year has won the PSL title three times between 2007 and 2010. 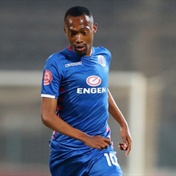