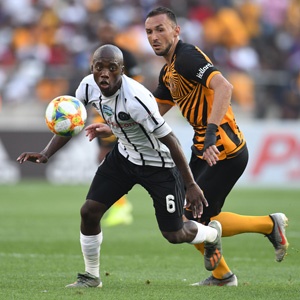 The German Bundesliga will take centre stage this weekend as it is the first major European football league to restart after the coronavirus pandemic rocked the world.

The stands in the various stadiums across Germany will be empty with only teams, officials, broadcasters and health services allowed in.

Meanwhile, the Serie A (Italy), Premier League (England) and La Liga (Spain) are all waiting on their governments' directives as they look to resume their respective competitions in June.

The Eredivisie (Netherlands) have cancelled the 2019/20 campaign with no team being named champions or any sides getting relegated.

In France, Ligue 1 ended the season with Paris Saint-Germain crowned as champions while Amiens and Toulouse were both relegated despite 10 rounds of matches still to be played.

Back in South Africa, the Premier Soccer League (PSL) remains eager to have matches resume in order to decide who will be crowned champions.

The league's administrators were locked in talks with the Board of Governors (BOG) on Thursday, 7 May to finalise a way forward. On the same day, Orlando Pirates midfielder Ben Motshwari was the first PSL player to test positive for the coronavirus, further complicating the restart of the Absa Premiership.

Motshwari may have contracted the virus while going out shopping despite adhering to the various safety protocols issued by the South African government.

The meeting between the PSL and BOG was adjourned with no update given to the media. It has been reported that the league will address the media on Tuesday, 12 May.

According to the PSL chairperson Irvin Khoza, FIFA has issued a letter to all the leagues around the world indicating that Friday, 31 July is the cut-off date for when the seasons can be completed.

Taking this into account, can football really return in South Africa with certain measures in place to ensure players, stadium staff, officials and health services are safe?

With the five lockdown levels in place - and the country currently on Level 4 - football can only return on Level 1, according to the South African Football Association (SAFA).

The daily coronavirus cases continue to rise as South Africa recently passed the 10 000-mark for confirmed cases. The government also has fears of the virus spreading into the informal settlements while individuals suffering from Tuberculosis (TB), HIV-AIDs and various forms of respiratory illnesses also concern the state.

SAFA president Danny Jordaan has also raised concerns of fans gathering outside the stadiums or in shebeens and taverns in the various communities across the country to watch games.

Kaizer Chiefs are at the summit of the Absa Premiership table (48 points) with a four point lead over second-place Mamelodi Sundowns (44 points).

Amakhosi and Bafana Bafana legend Lucas Radebe shares the same sentiments and is aware of the cruelty in just handing over the title with 54 Absa Premiership games still to be played, but feels that these are the difficult decisions that need to be made.

Minister of Sport Nathi Mthethwa has urged SAFA and the PSL to work together to decide the fate of the 2019/20 season.

There is clearly a lot of uncertainty hovering over the immediate future of the PSL, and if the league opts to complete the campaign and for a return to happen, that decision ultimately lies in the hands of government.

We live in a world where facts and fiction get blurred
In times of uncertainty you need journalism you can trust. For only R75 per month, you have access to a world of in-depth analyses, investigative journalism, top opinions and a range of features. Journalism strengthens democracy. Invest in the future today.
Subscribe to News24
Related Links
EXCLUSIVE | How Wayne Sandilands stood up and faced the pain
Matsi: Stellies can finish in the top eight
Ex-Nigeria attacker Obasi in 2014 World Cup bribe claim
Next on Sport24
Former Kaizer Chiefs coach Ernst Middendorp could join Maritzburg United - report