Sandilands: Pirates must have complete focus against Chiefs 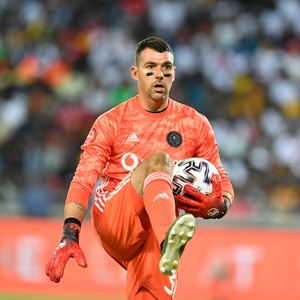 Cape Town - Orlando Pirates goalkeeper Wayne Sandilands says they are determined to claim all three points against Kaizer Chiefs in the Soweto derby.

The Buccaneers take on their old foes at FNB Stadium on Saturday, with only six points separating the two sides in the Absa Premiership standings, which Chiefs lead.

Sandilands has relished the resurgence Pirates have experienced under the guidance of head coach Josef Zinnbauer this year, but he has urged his team-mates not to get carried away dreaming about a title charge.

"I think the season in a whole has been a little bit of an inconsistent one for us as a team," said Sandilands, as quoted by Times Live.

"We obviously didn't start the way we wanted while we actually had high expectations coming off how we ended last season.

"We wanted to just pick it off from the beginning‚ pick up where we left off and just go.

"It was a bit disappointing for us‚ how we started‚ and obviously with the coaching changes it's never easy.

"But as things are turning out right now‚ we are sort of gaining form which we're happy about.

"I mean there's still nine or ten games remaining‚ so I think for us we're not trying to summarise or trying to conclude what the season has been for us.

"We're still trying to make the most out of it and taking one game at a time and ja‚ the talk about us being title contenders... everybody has got to play everybody at the top there.

"So, we've got a very important four games (against Chiefs‚ Mamelodi Sundowns‚ SuperSport United and Bidvest Wits) ahead of us now.

"We just have to focus on the next step because if you start thinking too much ahead of yourself‚ you lose focus and too many emotions probably come up and creep up.

"So, for us, it's a matter of just focusing on the very next game‚ which is Chiefs‚ and the three points that are available on Saturday.

"We'll do everything in our power to get those three points."