Segolela fails to get deal in NFD 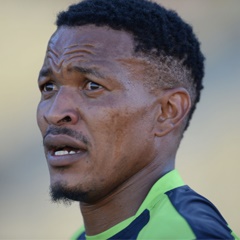 Cape Town - Former Orlando Pirates winger Tlou Segolela has reportedly not been offered a deal with Highlands Park, despite a recent stint training with the National First Division (NFD) side.

The 29-year-old winger has been without a club since leaving Polokwane City at the end of last season, and had joined the Lions of the North with a view to potentially earning a contract.

Segolela has also been linked with moves to Malaysia and Thailand, although it's unclear if anything will materialise before the end of this year.

"I think I last saw Tlou here last week or the week before. I haven't seen him this week. Yesterday, I didn't see him."

We live in a world where facts and fiction get blurred
In times of uncertainty you need journalism you can trust. For only R75 per month, you have access to a world of in-depth analyses, investigative journalism, top opinions and a range of features. Journalism strengthens democracy. Invest in the future today.
Subscribe to News24
Related Links
Vilakazi hopes the goals will flow soon
Staff problems arise at Chiefs - report
Sredojevic confident Bucs' strategy is working
Next on Sport24
Mngqithi: No expectations at Mamelodi Sundowns for Themba Zwane