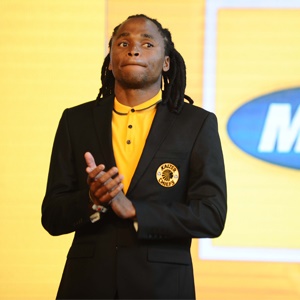 Kaizer Chiefs have explained why Siphiwe Tshabalala remains a captain despite Itumeleng Khune recently being appointed to lead the side.

Glamour Boys coach Steve Komphela explained how the club's captaincy system is set up, and why Tshabalala still has a leadership role to play.

Shabba was captain of the club last season but the goalkeeper was handed the responsibility by Steve Komphela for 2016/17.

Khune recently expressed his delight at being handed the role,saying, "I am grateful. It's also a humbling privilege to be captain at both the national team and the leading South African football club."

However, it appears Tshabalala remains in the role of a captain but just in a different capacity. Komphela has since explained the extent of the club's captaincy system.

Komphela told reporters ahead of Chiefs' MTN8 quarter-final clash with Cape Town City on Friday, "The club's policy is clear, we have a club captain, Siphiwe Tshabalala, a team captain, Itumeleng Khune, as well as a vice-captain and a captains' committee."