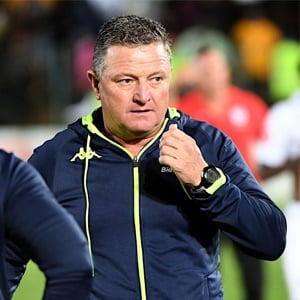 Cape Town - Wits recorded their second victory of the Absa Premiership season after securing a 1-0 victory over Polokwane City at the Old Peter Mokaba Stadium on Wednesday.

Deon Hotto was the hero for the visitors as he scored on the stroke of half-time as the Students bounced back from last week's home defeat to Baroka FC.

The hosts, who were aiming to make it three wins from three this campaign, started brightly but could not get past a well marshalled Wits defence led by Bafana defender Thulani Hlatshwayo.

The Clever Boys themselves offered little going forward in a tightly contested first half but just as the teams were thinking about the break, Hotto pounced to put Wits ahead.

The second stanza produced more of the same with Wits content to hold on to their one goal advantage.

Rise and Shine upped the pace of the game as they looked for the equaliser but found it extremely tough to break down a water-tight defensive unit.

Wits held out to secure maximum points that takes them to six after three games played while Polokwane City missed the chance to go to the of table.