Spoils shared between Ajax and Arrows 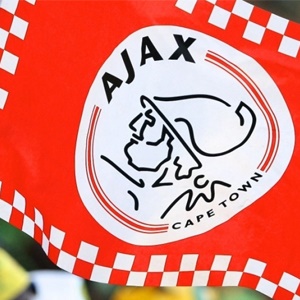 Cape Town - Ajax Cape Town had to settle for a point from their opening game of the season after being held to a draw by Golden Arrows.

However, a blunder at the back by Urban Warriors keeper Brandon Peterson gifted the KZN side the opening goal after his attempted clearance hit Lerato Lamola before rebounding into the net.

Abafana bes'Thende had further chances to add to the score-line, but Kudawashe Mahachi dragged a shot wide from just eight yards out while Wayde Jooste squandered another great opportunity after taking too long to get his shot away.

Ajax ended the first half strongly but could not capitalise as George blasted wide with the goal at his mercy.

But they had their equaliser soon after the restart when Rivaldo Coetzee ghosted into the box to beat Gumede to the ball and nod home for his first Ajax goal.

The Cape team came looking for more goals and the Arrows defence had to be on their toes to survive a sustained period of pressure but Ajax just couldn't make it count in the final third.

The visitors could also have snatched victory had Mahachi not blazed a shot over from close range before Lamola arrived just too late to convert a cross three minutes from time.