Stellenbosch aim to sign 9-12 players ahead of PSL campaign 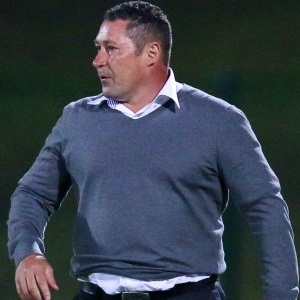 Cape Town - Stellenbosch FC coach Steve Barker says the club will keep the majority of their promotion-winning side while adding some PSL quality to their squad for next season.

The side from Cape Town gained promotion to the Premiership by winning the National First Division last Sunday, and already thoughts have turned to their first season in South Africa's top flight.

Speaking of the achievement and about plans for 2019/20, Barker said: "I thought I'd party harder than I did last night but I hit a brick wall and went off early to sleep.

"We've had some preliminary plans on the table for several weeks now. One for if we won the NFD, one for the playoffs and one if we didn't get anywhere.Two of them are off the table now!

"We are looking now at the squad, the players for next season plus trying to build an MDC squad. We hear there will be some 30 MDC games next year so we need to build that up.

"We'll be keeping most of our current squad, if not all, and then we need to get in-between nine and 12 players, of which there will be key players for the first team and youngsters for the squad and MDC side."

Stellies are off on holiday until June 24 when pre-season begins. The club already have friendlies arranged against Bidvest Wits, Orlando Pirates and SuperSport United after that time.

We live in a world where facts and fiction get blurred
In times of uncertainty you need journalism you can trust. For only R75 per month, you have access to a world of in-depth analyses, investigative journalism, top opinions and a range of features. Journalism strengthens democracy. Invest in the future today.
Subscribe to News24
Related Links
Orlando Pirates targeting 57 points in title race
Favourite Son: Spurs star's brother details tough path to the top
Khama Billiat inspired by Chiefs' struggles
Next on Sport24
Disappointed Josef Zinnbauer admits Mamelodi Sundowns 'were just too good'