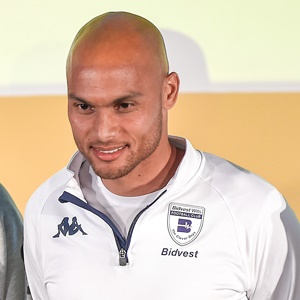 Cape Town - Stellenbosch FC have snapped up Robyn Johannes on a free transfer after the defender was released by Bidvest Wits.

The 33-year-old was initially linked with a return to Cape Town City but the newly promoted PSL team has quickly moved to secure the services of the centre-back.

Johannes will go into an experienced defensive unit at Stellies with Morgan Gould and Marc van Heerden already at the club from the Cape Winelands.

"It’s official... Robyn Johannes is now part of the #StellenboschFC family," the club revealed on Twitter.

The defender will once again link up with coach Steve Barker who recruited the player a few seasons ago when he was at the helm of AmaZulu.

Johannes could make his debut for his new team when they take on Bloemfontein Celtic away from home on Sunday.

Stellies are yet to win a game in their maiden season in the Premiership and have picked up two points from their first four games.