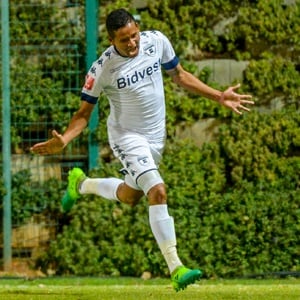 Cape Twon - Bidvest Wits made sure they'll be in the top-flight next season after they fought to a 3-2 league win over a game AmaZulu at the Bidvest Wits Stadium on Saturday.

The Clever Boys started with a lot of purpose and it was AmaZulu keeper Siyabonga Mbatha two made the first stop of the game when he kept out a Lehlohonolo Majoro shot after nine minutes.

Majoro was even closer six minutes later when he thumped a header into the crossbar after an Elias Pelembe cross.

But instead of driving home their advantage, Wits found themselves behind when former Clever Boys midfielder Michael Morton beat Darren Keet with a half volley on 31 minutes.

Reeve Frosler looked to hit back for the hosts shortly after, but his powerfully-hit effort was well saved by Mbatha.

The Johannesburg side started the second stanza in positive vein and could have been back on level terms when Daine Klate won a penalty in the 59th minute, but Mbatha came up trumps as he kept out Frosler's spot kick.

But the Students kept on pushing for a goal and Klate was to level matters in the 64th minute when he headed in at the far post.

Wits coach Gavin Hunt was sent to the stands with 10 minutes to go, but his side responded in the best possible fashion as Eleazar Rodgers turned in a Frosler cross in the 82nd minute.

Ben Motshwari then increased the lead to 3-1 in the 89th minute after some excellent work by Thabang Monare.

Usuthu pulled a goal back moments later when Tapelo Nyongo converted from the penalty spot, but Wits were able to hold on for the win which secures their place in the top-flight for next season.

We live in a world where facts and fiction get blurred
In times of uncertainty you need journalism you can trust. For only R75 per month, you have access to a world of in-depth analyses, investigative journalism, top opinions and a range of features. Journalism strengthens democracy. Invest in the future today.
Subscribe to News24
Related Links
Amakhosi down Team of Choice
WRAP: Absa Premiership
Mamelodi Sundowns crowned Absa Premiership champions
Next on Sport24
'It is going to be a big one!' - Ronwen Williams relishing Kaizer Chiefs battle