The effect 2010 had on Pitso Mosimane 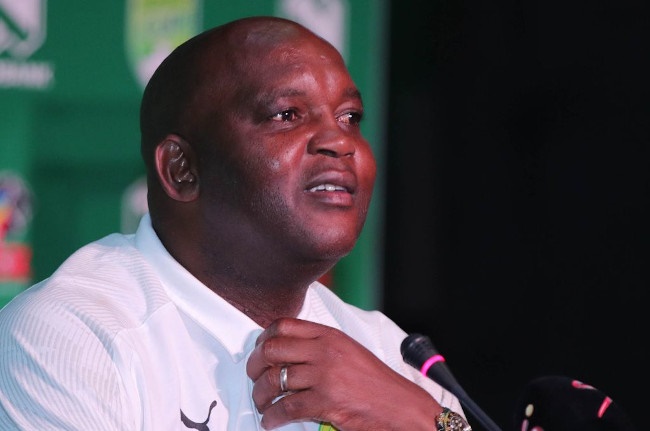 Of all the top technical team coaches that guided Bafana Bafana in 2010, none have achieved as much as Pitso Mosimane in the decade succeeding the first FIFA World Cup held on African soil.

As one of Carlos Alberto Parreira's assistants, alongside Jairo Leal, Mosimane held prince-like status between 2006 and 2010 and was considered the rightful heir to the job after Parreira returned to Brazil (for good).

After taking the Mamelodi Sundowns job, Mosimane went to work to create the kind of success he could have achieved in a national team tracksuit - two continental trophies, four domestic championships and several cups in the locker, not to mention unmatched longevity.

Former attacking midfielder Surprise Moriri, who worked with Mosimane at international and club level, said the coach’s work ethic had not changed a bit since those memorable 2010 World Cup days.

"Coach Pitso from 10 years ago and now, not a lot has changed," Moriri said.

"He still has the passion and the drive he had before. He is the kind of coach that wants to do well and to make sure he improves his players.

"He also knows if you want to succeed in life you have to always put in more effort. He has worked hard in these 10 years and that alone has put him where he is now.

"The success he is enjoying now, I can safely say, is because of the hard work he used to put in before (in 2010)."

Parreira went on to become Brazil national technical director between 2012 and 2014, while Leal pretty much fizzled into the coaching abyss.

Moriri believes that, at the time, the coaching compilation complemented each other well enough to guide Bafana to a meaningful showing at the showpiece. But an unlucky draw to Mexico, goalkeeper Itumeleng Khune’s unfortunate red card to a Luis Suarez dive against Uruguay and subsequent 3-0 defeat, contributed to South Africa’s unprecedented early exit as hosts.

"It was a good technical team that complemented each other," said Moriri.

"Parreira, with his experience of being at the World Cup and having won it before, working with Pitso, a local coach who knew all the players within Bafana Bafana, made a good combination.

"We knew we were in good hands. They gave us the courage to work harder, especially having someone like Parreira, who had taken teams to big events. We had a chance to do well but unfortunately things didn't go the way we planned."

We live in a world where facts and fiction get blurred
In times of uncertainty you need journalism you can trust. For only R75 per month, you have access to a world of in-depth analyses, investigative journalism, top opinions and a range of features. Journalism strengthens democracy. Invest in the future today.
Subscribe to News24
Related Links
PSL gets green light to resume training as government approves protocols
SA keeper’s future unclear at Belgian club
Pitso Mosimane annoyed at failure to build on 2010 Soccer World Cup success
Next on Sport24
Best of the weekend's soccer action: Brendan Rodgers the blueprint SA coaches should follow