Cape Town - Eric Tinkler has hailed the "character and attitude" of his Orlando Pirates side after coming from behind to earn a 1-1 draw against Kaizer Chiefs on Saturday.

The Buccaneers found themselves trailing at the FNB Stadium after Willard Katsande fired in the opener for AmaKhosi on 28 minutes, although Thamsanqa Gabuza was able to rescue a point as he headed home midway through the second-half.

The result means Pirates still find themselves languishing down in 12th on the Premiership table, already a whopping 19 points behind leaders Mamelodi Sundowns, but only four points adrift of eighth.

Speaking after the game, Tinker admitted nerves may have shackled his side's creativity, but was still pleased with the way they were able to find a response.

He said: "Chiefs were better in the first-half; we weren't compact enough and gave them too much space.

"It was disappointing to concede a goal on the second ball. We were a bit nervous, but understandably so given our situation.

"In the second-half we were better and we started to create more chances after [Mpho] Makola and [Sifiso] Myeni came in."

He added: "I'm happy with the character and attitude of the players in the second-half... we just need to keep that going.

"The players reacted extremely well. Sure, it's happened a lot lately, but it's important to react when things are bad." 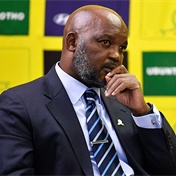