Troughton has a soft spot for Tuks 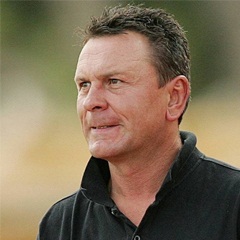 Cape Town - After being sacked by the University of Pretoria, Sammy Troughton admits that he will remain a faithful supporter of the club.

According to KickOff, Troughton was replaced by Bafana Bafana legend Shaun Bartlette as head coach.

"They said they needed something. The decision was made. They felt they needed fresh input which is Shaun, I wish him well,” said Troughton.

"I have been with the club since 1999, I am almost a founder. I wish the club, the management well. There are no hard feelings. I think we had a couple of wins and against Pirates and Chiefs, we were very close.

"You can go and ask Pitso and Eric, we gave them a tough time. Yes, I am disappointed because I thought we were starting to turn the corner. I had a good relationship with the players.

"I am going to remain the number one supporter and I will always be ready to give any advice to the team."